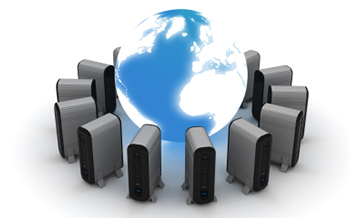 Not too long ago, the New York Times’ website experienced a well-publicized attack, which raises the question – how can this happen to such a world-renowned corporation? If this can happen to the New York Times, what does this bode for the security of a small company’s website? What’s to stop someone from sending visitors of your site to an adult site or something equally offensive?

The short answer to that question is nothing. In the New York Times’ attack, the attackers changed the newspapers’ Domain Name System (DNS) records to send visitors to a Syrian website. The same type of thing can very well happen to your business website. For a clearer perspective, let’s get into the specifics of the attack and explain what DNS is.

The perpetrators of the New York Times’ attack targeted the site’s Internet DNS records. To better understand this, know that computers communicate in numbers, whereas we speak in letters. In order for us to have an easy-to-remember destination like nytimes.com, the IP address must be converted to that particular URL through DNS.

Therefore, no matter how big or small a company’s online presence is, every website is vulnerable to the same DNS hacking as the New York Times’ site. The good news is the websites of smaller companies or organizations fly under the radar and rarely targeted. Larger targets like the New York Times, or LinkedIn, which was recently redirected to a domain sales page, are more likely targets.

For now…
There is no reason to panic and prioritize securing DNS over other things right now. But there is a belief that DNS vulnerability will be something cybercriminals pick on more often down the road.

Here are a few ways to stay safe

Select a Registrar with a Solid Reputation for Security

Chances are, you purchased your domain name through a reputable registrar like GoDaddy, Bluehost, 1&1, or Dreamhost. Obviously, you need to create a strong password for when you log into the registrar to manage your site’s files. Nonetheless, recent DNS attacks are concerning because they’re far more than the average password hack.

It was actually the security of the registrars themselves that was compromised in recent attacks. The attackers were basically able to change any DNS record in that registrar’s directory. What’s particularly frightening is the registrars attacked had solid reputations. The New York Times, along with sites like Twitter and the Huffington Post, is registered with Melbourne IT. LinkedIn, Craigslist and US Airways are registered with Network Solutions. Both had been believed to be secure.

EverSafe is your go-to resource for IT, security, compliance, cloud and consulting services. Our team is your team.

EverSafe IT & Cybersecurity products and services improve your IT and IT Security practices, enabling reliable, secure, and regulatory complaint IT while increasing your bottom line with affordable solutions. We give you the benefits of proactive monitoring, reduced downtime due to IT and Ransomware issues, 24/7/365 support, worry-free technology, and much more.

Contact us today for information about our IT & Cybersecurity Services, Security & Compliance, Cloud and IT Consulting products and services.